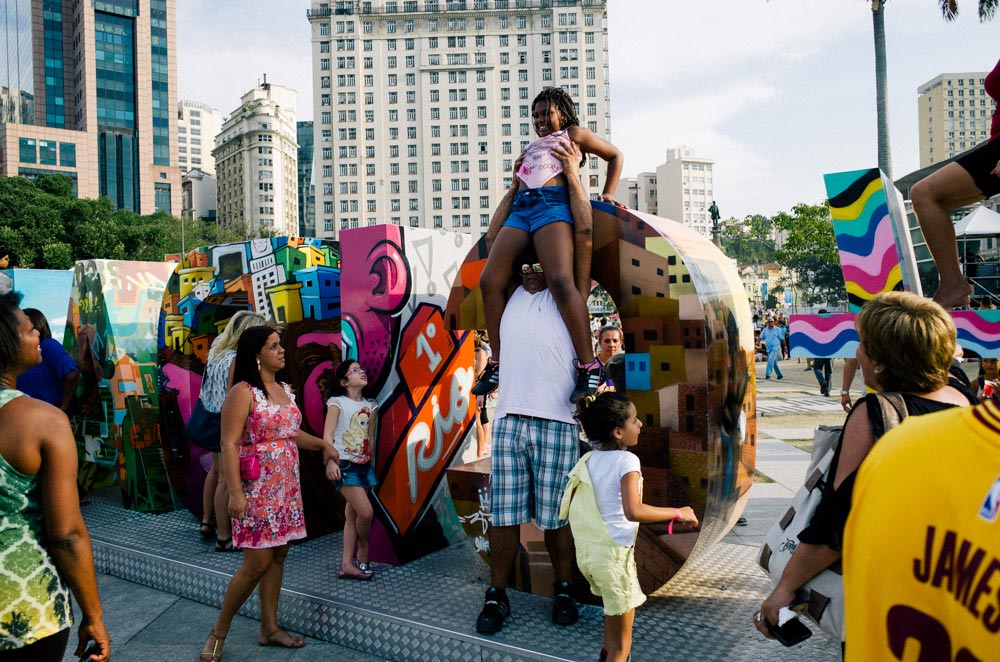 In street photography, I think it’s always good to challenge your assumptions and always be evaluating the decisions you make when heading out on the streets, and one of those is what focal length you decide to shoot with. So for this article, I wanted to explore whether I should consider shooting at different focal lengths and also share my reasoning for liking it so much.

So with that said, I’ll get into it but just one thing to note; when talking about lenses for 28mm street photography, I mean both literal 28mm lenses on full-frame cameras and their equivalents on cameras with sensors other than full frame, like an 18mm lens on an APS-C camera.

1) 28mm Is Slightly Wider Than What The Human Eye Sees

Perhaps the biggest reason why I think 28mm lenses work so well is that they’re similar to what the human eye sees, including peripheral vision. The studies done on this topic have shown that we have about a 55-degree field of view, which comes out to about 43mm on a full frame camera.

Now, that 43mm equivalent field of view just accounts for what’s called the “cone of visual attention“, or in other words, the field of view that our eyes are focusing on at any given time.

But if you account for our entire field of vision, including our peripheral vision, it comes out to something more like 28mm to 35mm, or something in between the two.

What this basically comes down to when you’re shooting street photography is that there isn’t much of a difference from when you’re looking at a scene with your eyes to when you bring your camera to your eye. Because it’s not a jarring distance going from one to the other, it’s easier for your eyes to adjust to the slightly wider focal length when looking through the viewfinder or LCD.

The continuity makes the camera feel more like an extension of your eye compared to extremely wide or telephoto lenses, which can be a bit disorienting or at the very least takes your brain longer to adjust.

2) 28mm Forces You to Get Close & Provides an Intimate Perspective

If you’ve had an interest in street photography for any amount of time, you’ve probably heard Robert Capa’s famous “if your photographs aren’t good enough, you’re not close enough” quote by now. I believe there’s a whole lot more that goes into making a good street photograph than just that, but to at least some extent there’s a lot of truth to it.

The way I think about distance to subject in street photography is that you essentially have three general distances: close up, mid-distance, and far away.

For close shots, I think of photos where one or more subjects fill up a decent chunk of the frame. Often times this means a shot close enough that the subject’s full body is not shown in the frame, so it’s just waist-up or maybe even just one of the subjects’ heads. I definitely don’t think this is the only acceptable type of street photo, but I do find it the most compelling, usually because you can see subjects’ faces and their expressions.

With far away shots, I think what a lot of street photographers do to make them work is to frame shots of scenes/backgrounds they like and then wait for a subject to enter the scene at a distance. When there are one or more subjects in the frame that clearly only take up a small portion of it, it looks intentional and in place.

The tricky distance is in between the two, which I think should mostly be avoided, as it isn’t close enough to show people’s faces and their expressions.

I think because of the deep depth of field you get with a 28mm street photography, both the far away shots and the close shots are easier to capture and look better.

More to my original point though, 28mm lenses force you to get up close for those shots where you can clearly see a subject’s face. Being that close to your subjects creates an intimacy in photos that you don’t get from longer focal lengths, even if you had framed everything the same.

The relatively wide angle you get from 28mm lenses gives viewers the impression that they’re right there on the street where the photo was taken. Not only that but for images that are shot up close with a 28mm lens, you can still get multiple subjects in focus, even in lower light where you have to open your aperture up a bit.

3) 28mm Lenses Help You Get a Deeper Depth of Field

There’s plenty of instances when it makes sense to utilize a shallow depth of field in photography. Usually though, those instances are going to be for other types of photography—not street photography.

For my personal street photography, I want the deepest depth of field I can possibly get given the lighting conditions in order to give my images the context of the street. I try to shoot for f/11 in bright light, but of course, I’ll open up my aperture if I need to.

I would say the vast majority of street photographers approach it in a similar way, although there are of course some street photographers that use a shallow depth of field in order to put the focus on a subject and blur out the background (street portraiture comes to mind).

Anyways, this is a complicated subject but the long and short of it is that using a wide angle lens like a 28mm will give you a deeper depth of field due to the perspective that you’re usually going to be shooting at.

28mm is wide enough to the point where if you’re standing close and you have a subject in one of the edges of your frame, often times they’ll mistake you for photographing something directly in front of you rather than them.

This is nice for when you’re trying to use someone as an anchor subject while waiting for other subjects to move into another layer of the frame.

It also may help to minimize confrontation while photographing. Having people ask you what you’re up to is just a part of street photography, but the less time you spend addressing people’s concerns, the more time you have to spend taking pictures.

28mm street photography is great because it captures a wide perspective (which can be very useful especially in tight spaces) but it’s not to the point where you can see visible distortion.

That’s true of the 28mm lenses I’ve shot with for the most part. I can’t say the same for 24mm and wider lenses, which start to show distortion, at least if you shoot subjects up close with them.

I’m sure some great street photography has been shot on 24mm lenses, but it’s my preference to not go wider than 28mm.

Due to the perspective you get with 28mm street photography, it’s easier to incorporate layers into your images because you have more in focus.

Layers make street photography more intriguing in my opinion. Incorporating layers into your street photography is a lot more challenging than other styles, but the visual intrigue that results is worth it and more representative of life on the street as well.

I’m no engineer, but I have noticed that 28mm lenses are some of the most compact lenses you can find.

With very wide or longer focal lengths (85mm lenses, for example), you have to settle for much larger lens sizes than you do with 28mm lenses.

Of course, certain 28mm lens designs are larger in size but you can find them in very compact pancake designs for interchangeable lens cameras, or on compact cameras such as the Ricoh GR line or the Fuji XF10 (these cameras have 18.5mm lenses but 28mm equivalent).

I place a big importance on camera size in street photography, because I’m more likely to bring a compact camera with me and it draws less attention on the street.

Focusing is easier with 28mm lenses because you have more depth of field to work with (usually) so you’re more likely to have things in reasonable focus even if you don’t totally nail it.

Because of this, I often shoot 28mm lenses while doing street photography using zone focusing, or the equivalent for whatever camera I’m using. I generally have my focus set to about a meter away, which is around the hyper-focal distance for 28mm lenses.

What this means for me is that I don’t even need to think about messing with focusing; from about a meter away to infinity everything is going to be in focus.

This lets you focus more on composing your shots rather than thinking about your camera settings.

I’m not a rigid fundamentalist when it comes to street photography. By that I mean I think there are various tools you can use to get the job done.

If that means you’ve tried wide angle lenses and you come to the conclusion that you’re only comfortable shooting from a distance with a telephoto lens, then so be it.

But for me, either 28mm or 35mm lenses are the sweet spot.

Working with a 28mm lens can be a challenge, but when done right, the results from 28mm street photography can be fantastic. 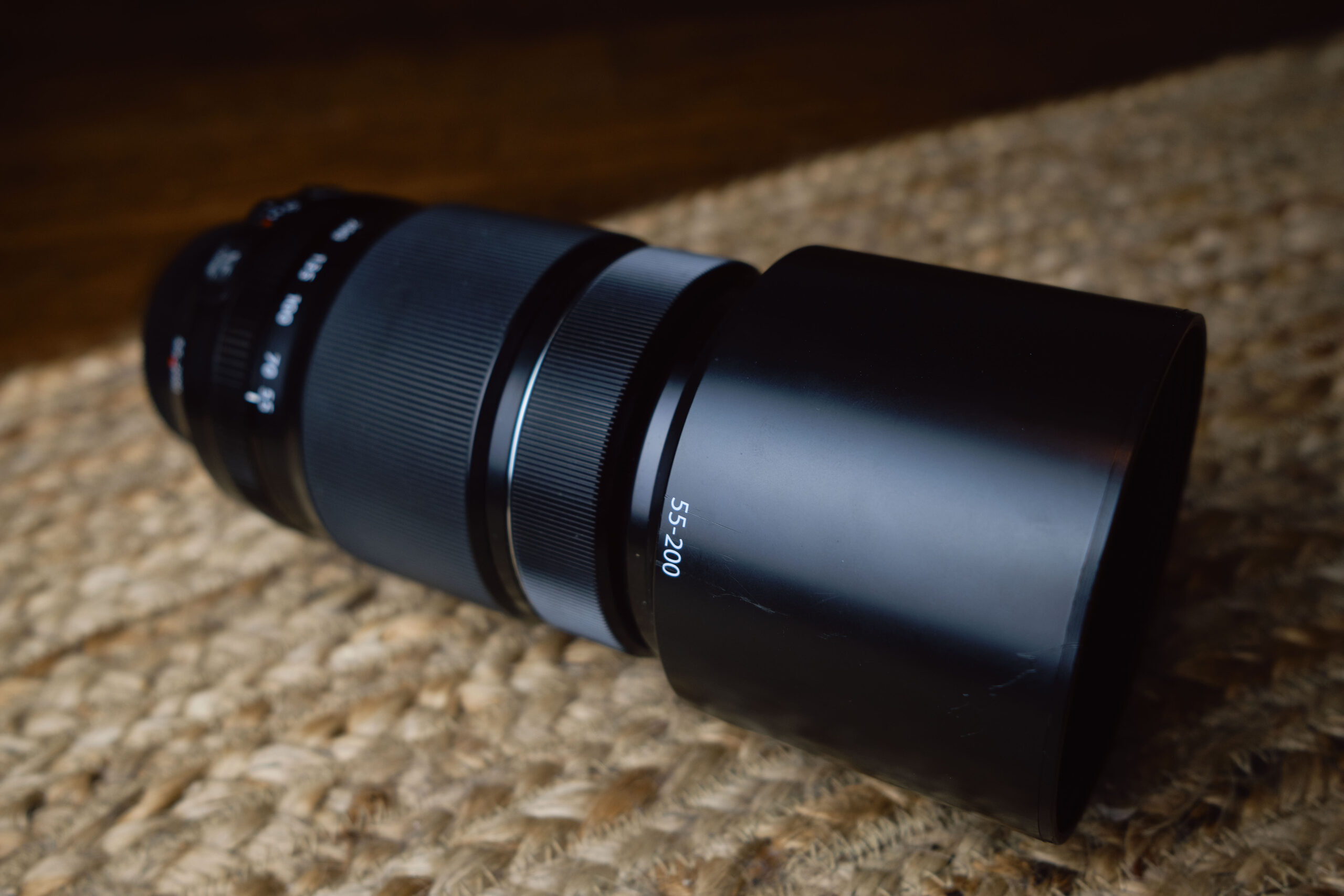 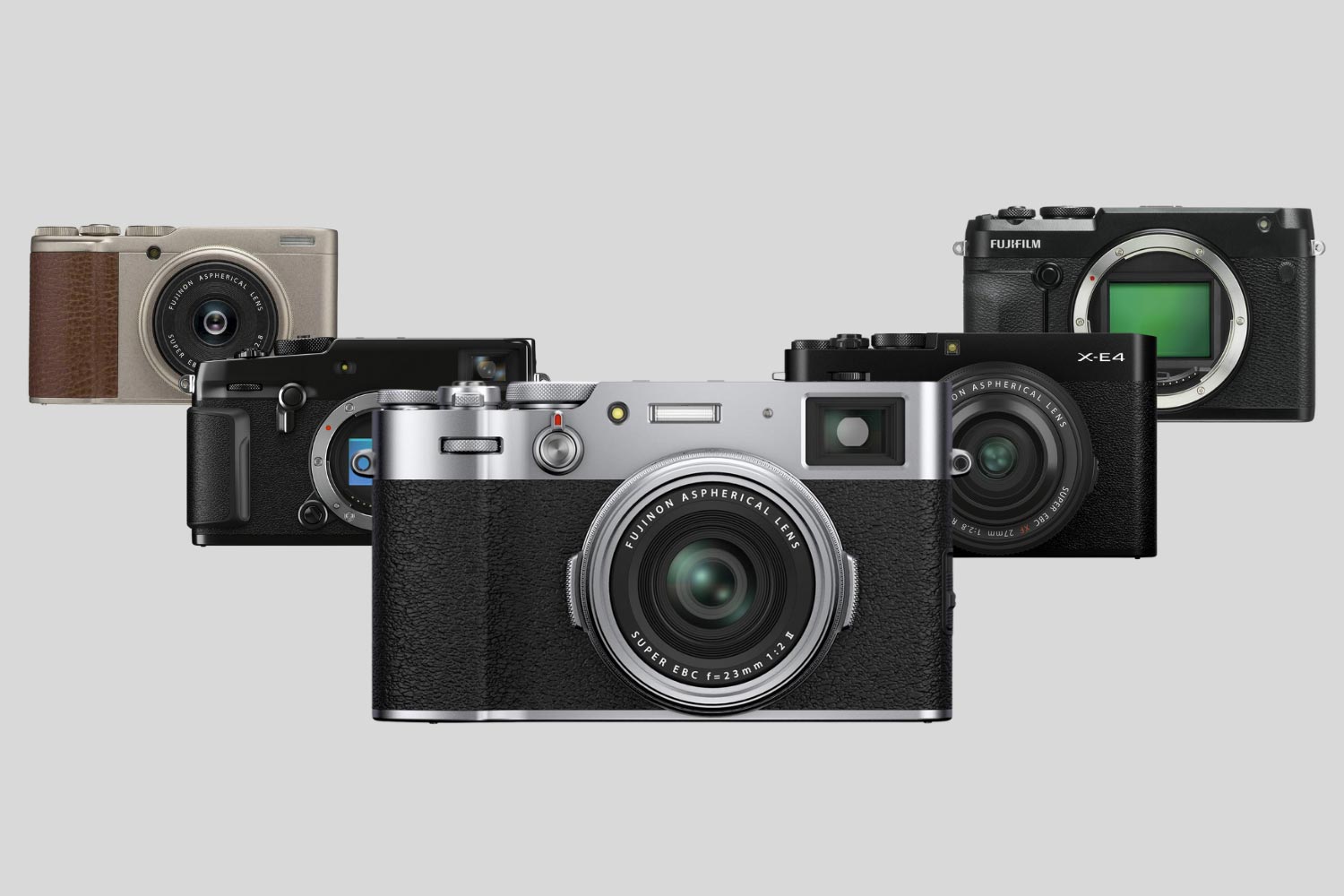 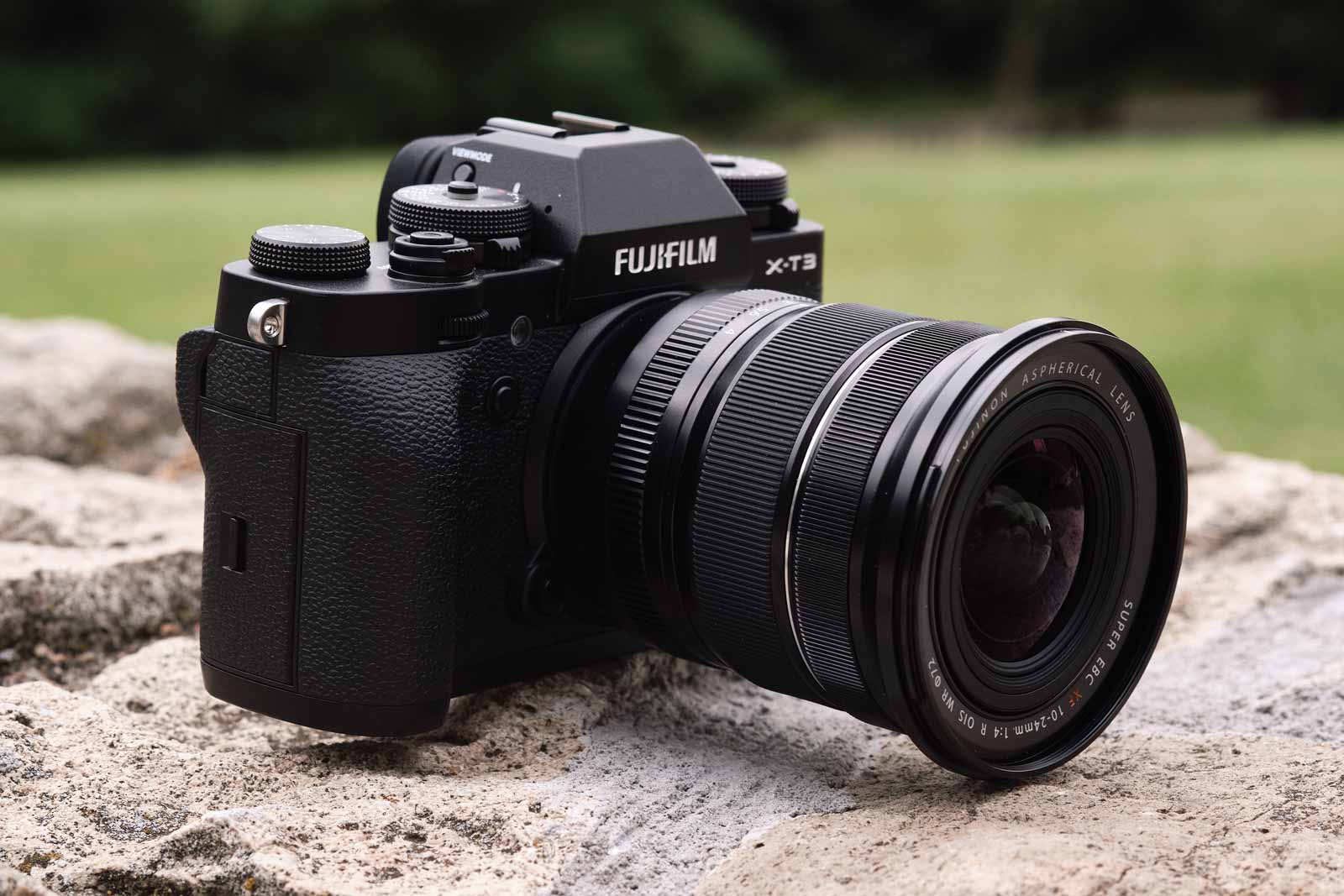 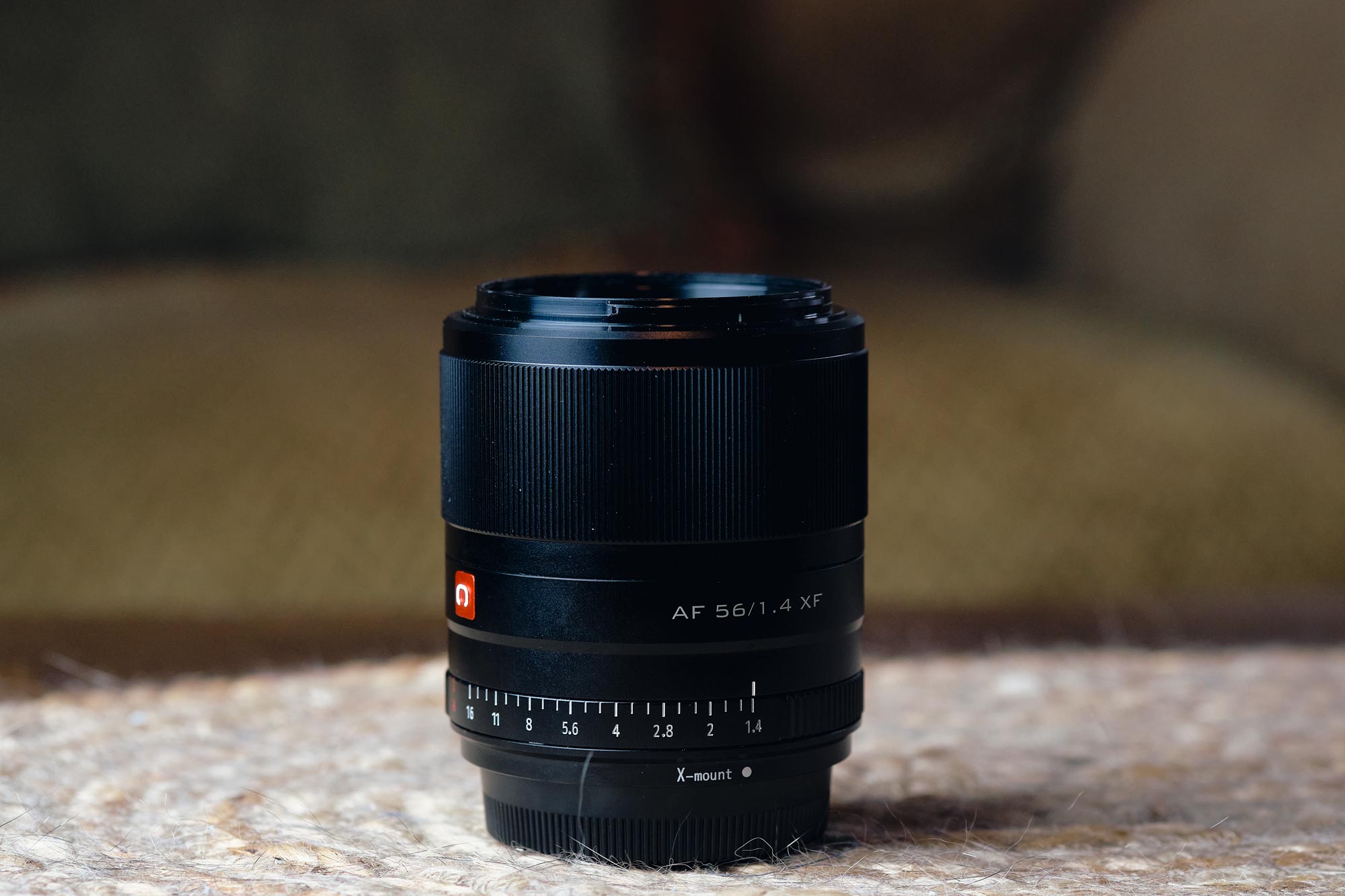 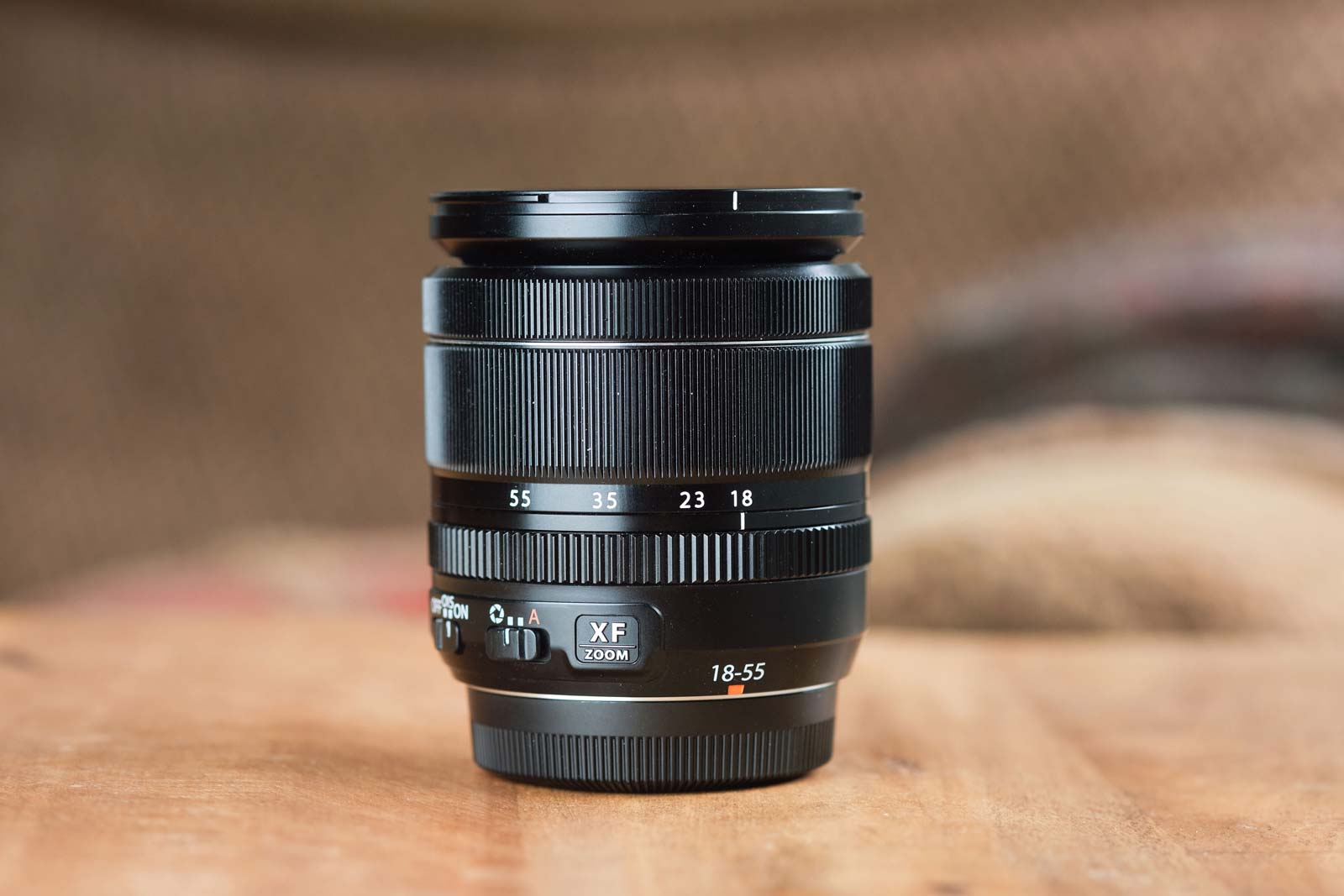