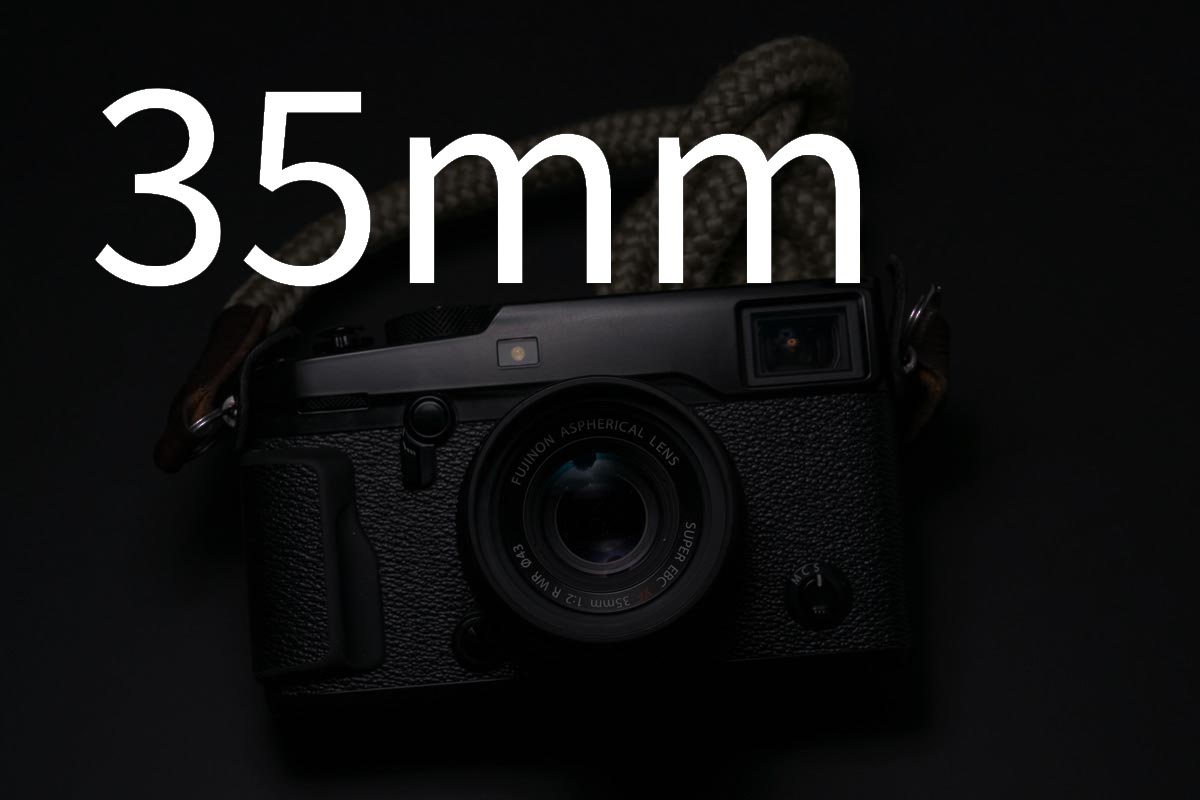 In my opinion, 35mm lenses are pretty much the ideal focal length street photography.

After trying out pretty much every reasonable focal length for street photography, I’ve grown very fond of shooting with 35mm lenses.

In this article, I’ll give you my thoughts on why.

I like wide angle lenses, but there comes a point when lenses can get too wide for street photography.

I don’t want something so wide that I literally have to stick the camera less than a foot from people’s faces to get the shot. I also don’t want cartoonish-looking distortion like what you get with fisheye lenses.

35mm lenses require you to get close to subjects, but I wouldn’t say it’s not to the point where it’s overly obnoxious or invading people’s personal space.

With the 35mm focal length, you may get some distortion, but not a lot. The distortion that you do get is mild and something that most people won’t notice unless you’re doing something like very up-close street portraits.

What I probably like most about 35mm lenses for street photography is their intimate perspective. For people who see your photos, they get almost transported right into that scene and what they see similar to what they would see with their own eyes walking down the same street.

In my opinion, that perspective is more interesting and engaging than street photography images shot with longer lenses that make it seem like you’re looking down the barrel of a telescope when you look at them.

In technical terms, the human eye sees at about 55 degrees, which on a full frame camera is equivalent to about 43mm. In other words, 35mm lenses are just a bit wider than the “cone of visual attention”, so it’s not far off what we see with our eyes.

It’s because of this that 35mm lenses produce a perspective that is very real and personal.

The fact that 35mm lenses are wide means that you don’t get the compression-like effect that you get with longer focal lengths.

In street photography, I try to get each layer in focus and want as deep of field as possible and 35mm lenses allow for that.

With a 35mm lens, I can generally get pretty much everything in focus and if not, a lot of times it’s just a single layer that’s not quite there.

4) They (Can Be) Lightweight

This does not apply to the big f/1.4 35mm lenses (if you’ve ever held one of those things you know what I’m talking about) but there are plenty of 35mm lens options that have a very reasonable weight. The larger the aperture, the more complex the lens design and so goes up with those lenses.

This works out fine because the large aperture lenses are very big and heavy and I have no desire to lug around such heavy gear. Back when I did wedding photography with two cameras hanging off each shoulder my back and shoulders would be killing me at the end of the day, and I wasn’t even using the heaviest lenses.

These days for my street photography I’ve been using a compact camera (the Ricoh GR) and it’s so lightweight you don’t even notice it’s there. If a 35mm f/1.4 was your only option for street photography I would imagine it would cause some motivation issues, making you less excited about going out to shoot thinking about all the weight you’ll be carrying around.

35mm lenses that have maximum apertures of f/2 are perfectly suitable for street photography, are sometimes even sharper than wider options, and are much lighter.

Like I mentioned in the previous section, this does not apply to the very wide aperture f/1.4 and wider 35mm lenses. But there are many options out there, whether it’s 35mm lenses for interchangeable lens cameras or fixed lens options that come on cameras like the Fuji X100 line, which have 23mm lenses but are equivalent to 35mm because of the crop factor.

Compact 35mm lenses generally have f/2 and smaller maximum apertures, but again, this is perfectly adequate for street photography.

Reasonably sized 35mm lenses are significantly smaller than what you’ll see with both zoom lenses and the big aperture primes.

I’d much rather carry around a lens/camera that’s small, unobtrusive and doesn’t draw as much attention as the alternatives.

6) 35mm Lenses Force you to be Creative

This is mostly in comparison to zoom lenses because this is a characteristic of all fixed focal length lenses, but 35mm lenses give you a creative constraint. You can’t zoom in and out to change your focal length so you’re forced to use your feet.

I see this as a good thing just because it requires you to put more thought into your compositions. If you’re lazy physically, you’re probably likely to act lazily mentally too, which I kind of think zoom lenses can promote.

It’s also more likely you’ll miss shots with a zoom lens too, as you’re often trying to figure out which focal length to zoom in or out to. With 35mm lenses, you’re already stuck at the only focal length you can shoot at, which frees your mind up to think about your settings, but more importantly, your composition.

7) 35mm Lenses Force you to be Active

Again, this is compared to zoom lenses, but maybe some longer lenses too. With 35mm lenses, you can’t really just stay in one spot and photograph every scene in a 360° radius, whereas you could get closer to doing that with a long zoom lens.

With 35mm lenses, you can’t do that; you have to walk up close to your subjects if you’re far away. You have to zoom with your feet.

By shooting with a wide prime lens, you become lighter on your feet and a bit more in shape because you’re physically moving your body more to get the shot. Not only does it make you more physically active, but I also think composing shots is more precise when you’re moving your feet and body to get it rather than zooming in and out.

I don’t think every shot you take has to be shot from the same focal length/lens, but I do think it’s a good idea to shoot for extended periods of time with one focal length. At the very least it will get you very familiar to the focal length to the point where it’s second nature and you know pretty much exactly how the framing is going to be when you bring the camera to your eye.

But as an example, I do think that if you’re shooting a body of work that you plan on turning into a project or book that using a single focal length can be a good idea. It just provides a consistent character that you may be sacrificing if you shoot with wildly different focal lengths for the same project.

Of course, there are cons to shooting with 35mm lenses, as there are with any focal length.

It Could be too Wide for You

A lot of street photographers have issues with being able to get close enough to subjects to fill the frame, which can lead to photos that don’t have enough visual interest. I believe that with some practice and familiarity with what it’s like to photograph on the street that many street photographers can overcome this fear of getting close.

If you’re not getting close enough though, you have to recognize it when reviewing your work and have a desire to improve.

One adjustment you can make to instantly get closer framing is to use the LCD on the back of your camera rather than using the viewfinder. If you’re using a mirrorless camera and it has an EVF, it’s the same thing anyway. I started doing this with my Ricoh GR because it’s the only option (it doesn’t have an OVF/EVF, just an LCD), and I actually grew to like the fact that I don’t have to squint through a viewfinder.

By using a camera’s LCD, you’re holding it out in front of your body at arm’s length, so your camera is a couple feet further compared to using the viewfinder.

Another reason you may not like 35mm lenses is just that you find the perspective too wide. This is fine; this is a subjective artistic endeavor so to each their own.

Most 35mm lenses have distortion to some extent. So that’s something you’ll have to put up with or work around if you don’t like it.

For street photography, I’m personally torn between 28mm and 35mm lenses but I lean toward the 35s.

It doesn’t get much better than a sunny day with a 35 in hand and some comfortable shoes.

I’m a big believer that street photography is subjective and that it’s OK to have different interpretations of what it is. To that end, I highly recommend trying out a 35mm lens if you haven’t yet and giving it a go.

And if you find a focal length that’s a better fit for your street photography then shoot with that. It’s really about the photos, not the gear.